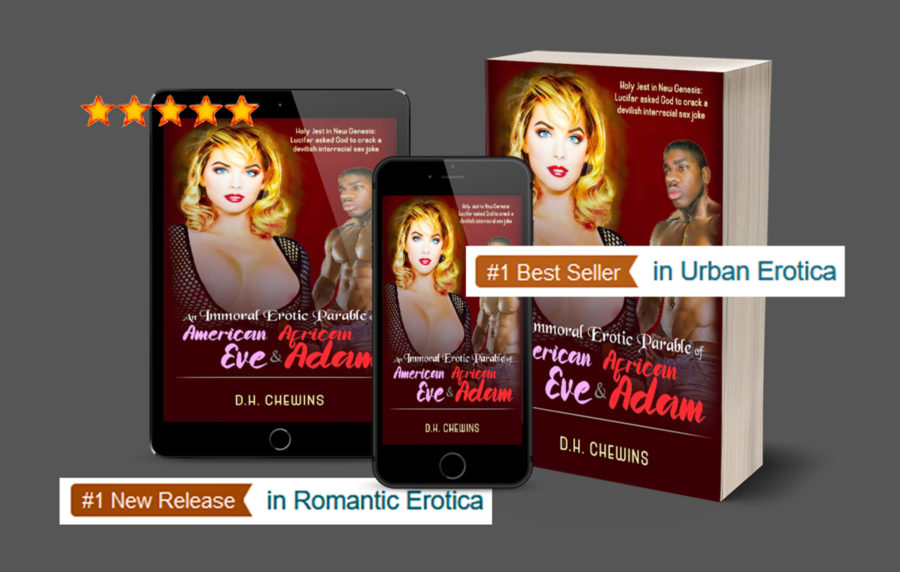 Many years ago, I came across several plantation-porn books, such as Mandingo by Kyle Onstott, Caribee by Christopher Nicole, Sabrehill by Raymond Giles, The Plantation by George McNeill, Dragonard by Rupert Gilchrist, Chane by Norman Gant, Blackoaks by Ashley Carter (Harry Whittington), and the list goes on and on.

The genre is about prim and proper white ladies fucking black slaves in the 18th century. They did this without their husbands’ knowledge. The slaves always sported monster cocks that these ladies craved uncontrollably. All hells broke loose when the husbands found out.

There was one book that I would now & then refer to. I think the central character was a mistress named Kitty Black (I cannot recall her name and am guessing it now), a stunningly attractive widow. Her son was running the plantation together with his brother-in-law. This mistress and her blonde daughter-in-law became lesbian lovers in secret. In the book, one negro boy was brutally punished for mentioning that the master “has got himself a big-titted wife.”

I have lost that paperback and have tried very hard without success to get another copy, but I cannot recall its title. I liked especially one passage about the widow entering the slave quarter to spy on the big black brute that her son had just bought and that everyone was talking about. She was sexually aroused watching the brute fucking a slave girl. She then interrupted their sex act and came close to inspect the brute, handling his engrossed huge cock and testing his nut sacks.

I enjoy interracial sex stories, the black-man-and-white-woman kind. I surfed the web for these stories at sites such as Literotic.com, asstr.org, luststories.com, etc. But, I cannot find one story that comes close to the draw of my missing book.

It didn’t happen overnight. No, no, it took a few years. I wrote it as a hobby; I didn’t mean to publish it as a book. Then my best friend from University asked what I had been doing since retirement, and I said, “I’m writing an interracial erotica book.” He said he’d like to read it. So I sent him a few chapters, but he didn’t acknowledge it. I don’t know if he was offended by it (I doubt that since he is very naughty and is inclined towards sexual stuff) or was too busy to read it.

Heck, since the cat was out of my bag, I decided to self-publish it the KDP way. There were several steps and iterations.

First, I subscribed to Grammarly Premium to correct and polish my text. I also used the free ProWritingAid to get a summary report on style, structure, and readability.

I rewrote and rewrote over several months. Pretty relaxed over it. No pressure to rush publication.

In between, I surfed the web for help in self-publishing. The most helpful sites are justpublishingadvice.com, kindlepreneur.com, and reedsy.com. I also subscribed to their newsletters and have read their free books on advertising, marketing, etc. I also enrolled in Kindle Unlimited for $4.99 for two months and borrowed self-help books 10 at a time.

Since I am proficient in Photoshop, I designed the book cover myself, observing all the pointers about cover design. It was fun. The models featured in my cover and inserts were created using A.I. software FaceApp. I wanted my models to represent no one in particular (I don’t want to be sued). If there is an interest in this FaceApp topic, I may describe it in a later blog.

Although I had formatted my Microsoft Word file with my favorite font Dante and sized it to a paperback 6”x9” trim size, I decided to hire the level-2 Fiverr designer Accuracy4sure to format my ebook because she could embed my font. Initially, I had wanted two fonts, Dante for normal text and Courier New for the screenplay (movie scripts almost always use Courier for some reason.) Someone corrected me saying Kindle ebook can only have one font and it would invaluably be Kindle’s native Bookery font. So I solved the one-font problem by setting the screenplay text in Bold and in reduced font size. After a few tweaks, Accuracy4sure had produced what I wanted, a beautiful epub file. Why didn’t I ask for mobi format? It seems epub is a better format to upload to KDP, and it works. Altogether I paid her US$90 plus a 15% tip. Money well spent. I also used the free app Magic to fine-tune my epub before uploading.

Self-publishing is fun, but also scary. There are so many things to learn. You definitely cannot do it for free. There are incidental costs, like Grammarly subscription (albeit for one month), Fiverr hire for HTML formatting, budget for advertising, and promotion. Unless you are cash-poor, the adventure is worth it.

The changes you made will be lost if you navigate away from this page.